I have trawled a good number of old books and found a few interesting recipes and descriptions of old traditional Scottish Sweets.

The Scots, it has been worked out, eat more sweets than any other people in the world, the Swiss coming a not too close second. The simple explanation of this not altogether enviable reputation is that since 1680, when sugar began to be shipped in bulk from the West Indies, sugar refining has been an important west of Scotland Industry - Greenock on the Clyde being known as "Sugarapolis".

It was generally accepted that sweetie making was an essential for all housewives. At country fairs, the candy man was always in evidence with his wares hanging from his neck on a tray or loaded on a wheel barrow, his voice calling "Here's your fine cinnamon rock, for auld rags, banes, copper, iron, brass or auld broken c-c-c-rystal! Gether, gether up!

All over Scotland, every town, village and street would have its own sweetie shop, the sweetie wives collecting names such as Candy Kate, Sweetie Annie, or Taffie Knott. Often as not they would make their own toffee and tablet. 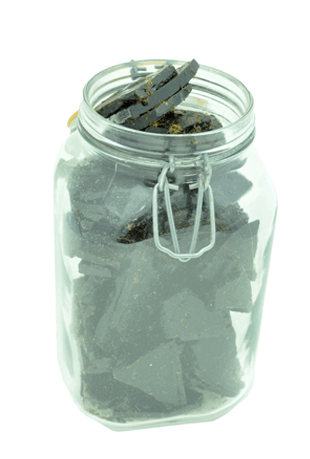